This is the time of my youth and I plan to live it up to the fullest. Everyday, I give thanks to the universe for giving me the greatest friends ever to accompany on this convoluted journey called life. It is with great pain that I tell them ‘goodbye’ at the end of winter and summer breaks but whenever I leave Jamaica, it is always with a heart and mind filled with memories of our stupid adventures. And so our story begins…

Like all good stories, this one begins with way too much alcohol. There were about 11 of us seated in the living room of C’s house. We formed a circle around a circle of cards laid face down with a rather large cup forming the bull’s eye. King Cup was the name of the game and the objective was to get everyone a little more than tipsy. The rules are simple. We go around the circle in a systematic order and each person flips a card. Each card required the group or individuals to complete a task. For instance for seven, you stretch your hands to the heavens and the last one to complete the task has to take a sip of their drink. Why is there a big cup in the center of the circle? Well, everytime a King is flipped, every player has to pour some of their drink into the King Cup. When the last King is flipped, some sad soul has to down the contents of the cup!

Before I continue the story, I must point out some key elements.

The point I’m trying to get across is we drink responsibly. Back to the story!

Well, 52 cards later we were all… in a state. Poor D had gotten the King Cup and she drank it like a champion. One thing led to another and N whipped out a condom and threw it at a couple in the corner. Well, I’m sure they were the target but his aim wasn’t the best at the moment. We all laughed and started jamming out to a playlist of Reggae, Dancehall and Soca. It was some point after this that H had to leave so we hugged and said our goodbyes.

The dancing, sweating and drinking water helped us sober up a bit. We talked about life and planned our next outing and somehow the topic of condoms arose. The condom!!! It was like everyone remembered N threw the condom at exactly the same instance but no one could remember where he threw it or where it landed or most importantly where it was at that very moment.

Imagine 10 more-than-tipsy-but-less-than-drunk people searching for one condom in a living room. It was like the bloody thing grew legs and walked away. We concluded that since we couldn’t find the condom… maybe her parents wouldn’t either. Sound reasoning right? Don’t judge we were under the affluence of incahol. We then  knocked out at around 5am.

In the morning – well later in the morning when we woke up- we were sober enough to be reunited with our phones. We had all received a message from H saying:

“I’m home and btw, I have the condom”

Definitely a story for the grandkids….on second thought maybe not.

I come from a very touristy country. Although there are some very grouchy people for the most part people are very friendly and happy. You always feel welcomed. You could be in line behind a random person and strike up a conversation as if they were your best friend. You know how the older folk are always sticklers for manners like, don’t eat with your elbows on the tables. Well in Jamaica, if you want to disrespect an elder then walk into a room without saying Good morning, afternoon, evening or night. This basic greeting has become a part of my existence for fear of the stink eye I would get if I didn’t greet the people in the room when I entered it.

I was in for a rude awakening when I came to school here. I would be seated at the front of my office and people would  walk by me and stomp straight to my boss’ office without even acknowledging my presence. No problem, feel free to ignore the concrete post seated behind the front desk. Three years later and I still can’t shake the feeling that I may be turning into my grandmother who holds firm in her belief that the children of this generation have no manners.

I get the vibe that there is a desire for one to get what needs to be done quickly and painlessly. This means with as little social interaction as possible. It is this particular mentality that has made walking through the tunnels particularly painful. My college has underground tunnels which are heated and make my life so much easier during the winter. There are some murals on the walls but besides those murals and the occasional passerby there really isn’t anything to look on. My initial response to the occasional passerby was to smile at the individual and mouth or say hi. I quickly learned that this is not acceptable. It is customary to keep your eyes planted to the ground or wall or ceiling; basically anything but the only other human being.

It made me so uncomfortable that I completely avoided the tunnels my first winter. To paint a picture of how drastic it was for me to avoid the tunnels, please think back to “Cool Runnings” the movie of the Jamaican Bobsled team. This movie accurately portrayed my reaction to winter particularly in my first year. No exaggerations. My second year I tried to assimilate, I looked at the walls like everyone else. That didn’t work well either so in this, my third year, I’m being the change I want to see! This semester I’ve smile and waved and said hello to most of the people I see in the tunnels.

I haven’t really said much about my hair since my first hairaversary.Well, my hair turned 2 on the 26th of October and I’m a very proud mother. I have come to fully understand the term ‘Hair Journey’ because a journey is exactly what it’s been. I’ve had my fair share of flat tires but not once have I ever considered turning back. I dedicate this post to my fellow naturalistas who are on journeys of their own. Learn from my mistakes 🙂

I experimented with shampoos and conditioners for a while. I tried the Design Essentials and the Cantu Shampoo and Conditioner Lines for a while but neither of them was all that and a bag of chips. One day I was watching product review on YouTube and stumbled upon the Hello Hydration Herbal Essence Line (Bigger bottles are much cheaper!) and I haven’t even thought of using anything else since! I highly recommend it.

I use the LOC (Liquid-Oil-Cream) method of caring for my hair.Initially I was using the LCO method because I thought putting oil on before the cream made no sense. I ended up with mid shaft splits so I decided to try something new. I’ve been using LOC since January 2015 and my hair has been quite happy since then.

What is a road trip without great friends?

I’m happy to announce My hair is just a little bit longer than it was when I had to rid myself of those pesky mid shaft splits. I’ve also learnt the difference between cutting and dusting my hair. My next goal is to achieve Bra- strap Length 🙂

I had free time this week and since the weather was amazingly 70 degrees Fahrenheit (maybe it will forget to snow), I went for a walk. It was some much needed alone time and I luckily had my camera with me. Fall is such a beautiful season! Please enjoy my amateur photography. Think I have a future in the industry? 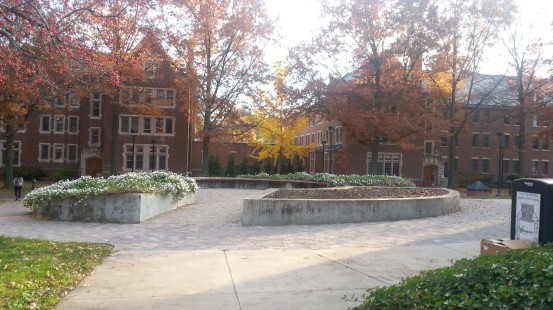 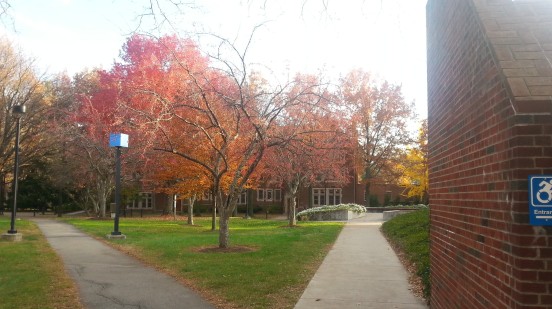 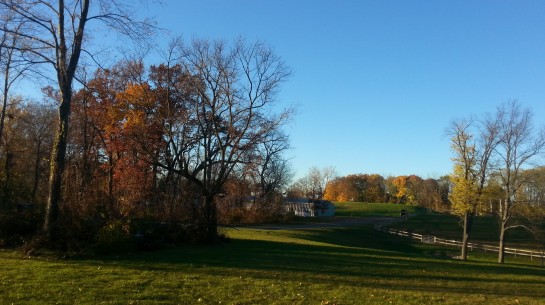 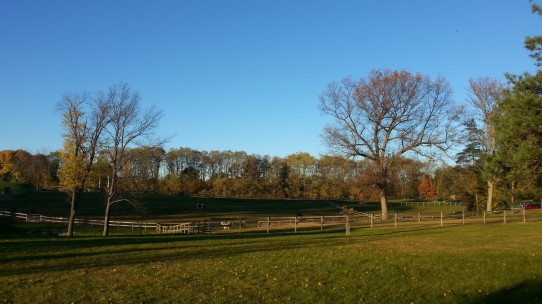 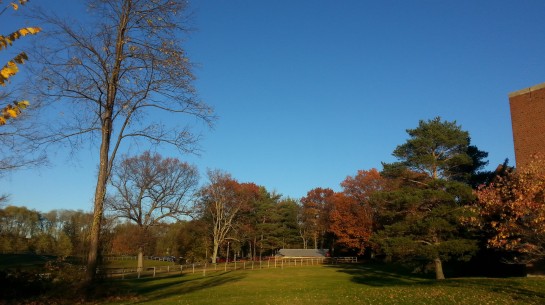 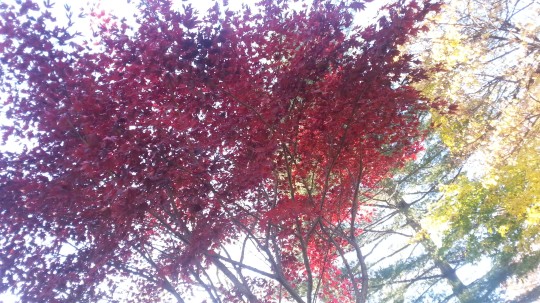 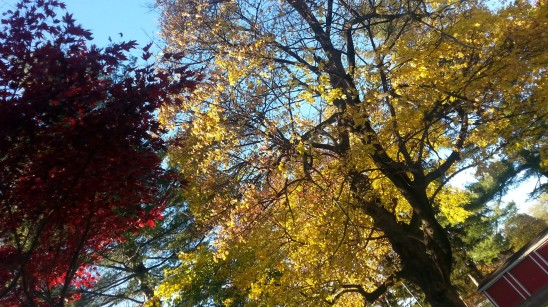 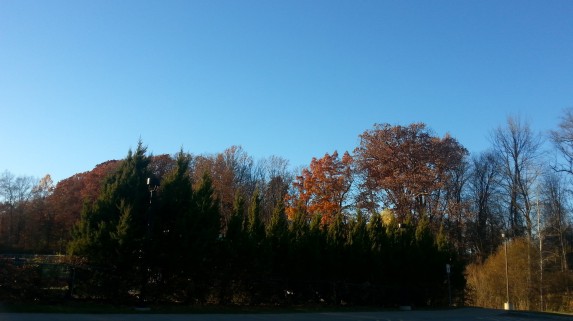 Thanks for stopping by!

"My pen loves gossiping to paper about my imagination's secrets."